We met Raymond Sterling in the Kunlabori coworking space in Madrid. He informed us about his work as a researcher and how the university is working through European university projects with other public institutions, universities, companies, and Subject Matter Experts in various technological innovations.

Particularly within the group I am a postdoctoral researcher, and among other things I’m working on a project called GEMS on issues of global energy efficiency. This project aims to help people who are responsible for many buildings to make decisions on how to invest in energy efficiency. It is a tool that tries to take into consideration not only technical aspects, such as how much energy you save, but the aspects that have to do with the policy of each country, corporate social responsibility… We try to reach out a little bit further than what it is purely technical and economic subjects.” 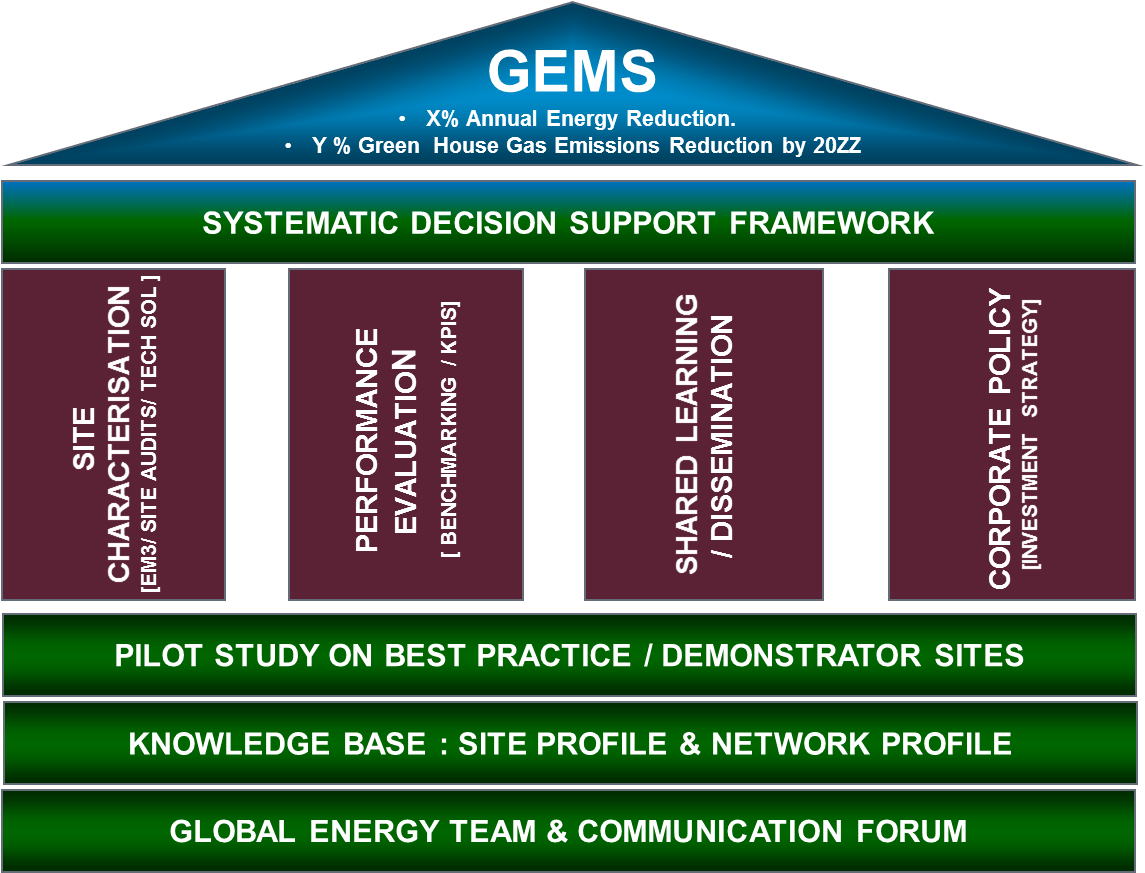 “We are also starting in another European project, called INDIGO, with six partners, dealing with issues of cooling, i.e. on how to improve it. In Europe heating systems are being discussed especially in the eastern countries and Germany. We’re getting into the area of cooling: Instead of everyone having an air conditioner at home, we want a central cooler distributing it to each building, which is more efficient in the end.

Within the research group, what I do is a model of the thermal load of buildings. I am at the computer all day long, reading policies, writing magazine articles, and preparing speeches for various conferences. I’m also working on some other mathematical simulation models.”

“In the main project, GEMS, there is simply a local agreement between the university and two companies: The investment is divided. Companies usually put value in spices; they offer the staff, and then there is some state funding source that offers money for research.

At a European level, this is a little bit more complicated. Public-private partnerships are taken; depending on the type of projects that are being made, they may have public money financing 100% of the project or not. Calls are open: If your proposal is good enough, you get their approval on it, and you have the money to work. Normally you would get the money between three to four years afterwards.

We have projects where we are between 22 and 25 partners, where there are universities, centers of technological innovation, large companies, Subject Matter Experts; there is a little of everything mixed. In the INDIGO district cooling project, there is a large company that is focused on energy management of buildings, and there is a small company that handles the marketing part, dissemination, communication of results, how we are going to present this to the public, and the scientific community. We are also there as a university; then there is a technological institute in Bilbao, in the Basque Country, and there is also a very large Finnish technology center. 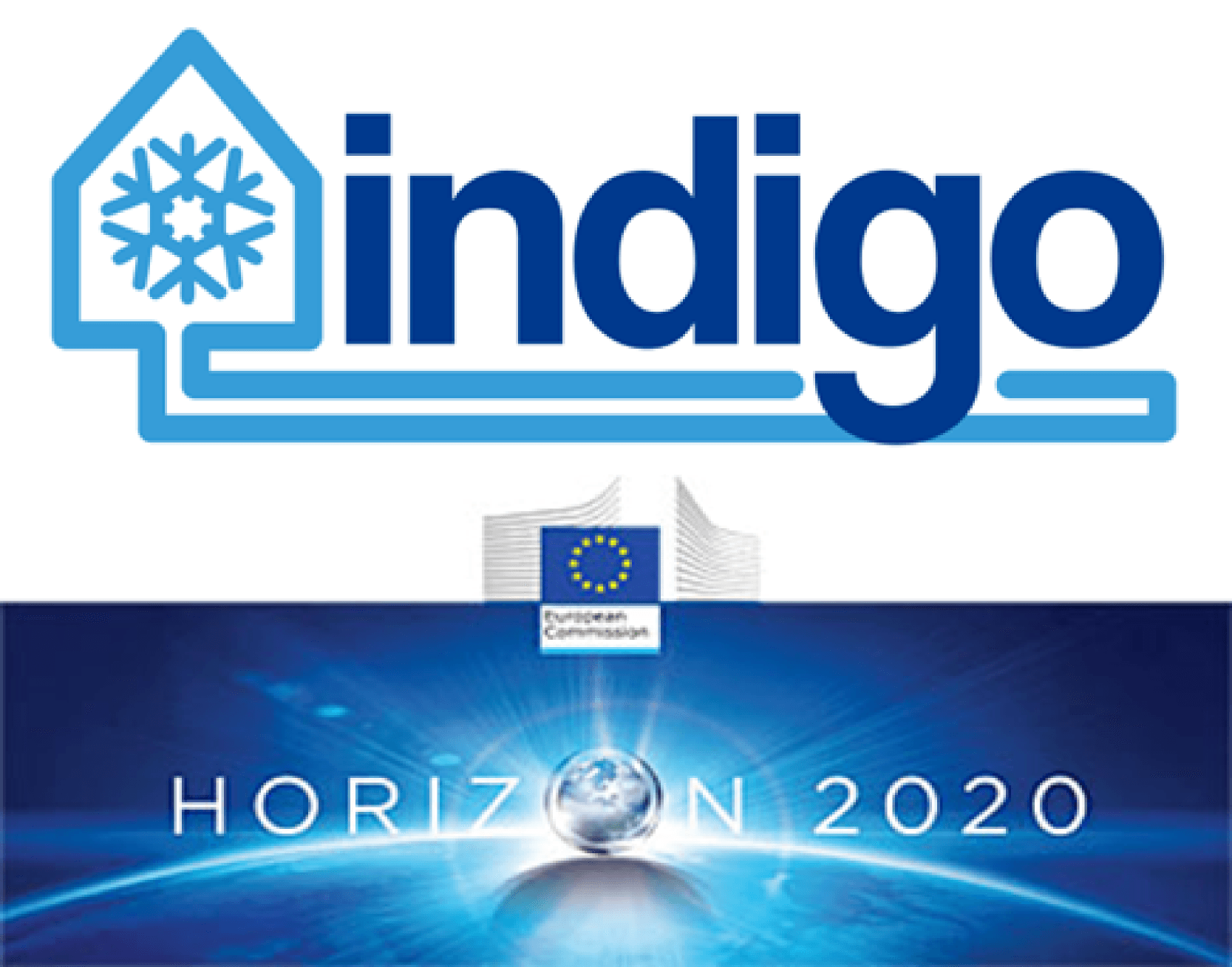 You get to know someone at a conference, or a meeting, or an event; they see the prospects of what you want to do, and you apply to the call. Sometimes you will win, sometimes you will lose…”

The Result Of The Investigation

“Deliverable upon investigation depends on the project and the final customer. For instance, in the GEMS project: A tool (which is a software) is provided with a report that tells you how you have to use the tool to help managing; to manage the session support.

You can do completed products within the university. However, when you get to the part of marketing, you touch the area of intellectual property and that gets a bit prickly. So, that must be defined. We prefer to stay in premarket, at least with the researchers. Afterwards, work is delivered to an office that is responsible for managing intellectual property, exploitation of results, establishing what is the framework, licenses… and then agreements with companies get delivered.

Normally, the research done at the university belongs to the university itself, and this is something that not everyone, even great researchers, get to know. It’s like a company: You’re working for someone. Your research is not yours, it belongs to the college; the university has an agreement with you. This, when you go to work with companies, often generates some friction, because there are companies willing to pay and they want to have the product. We are not service providers, this is something to talk about with the lawyers.”

“The university generates patents; it works as a generator of patents. In my field this is less given, because the kind of result we get is not really patentable: In Europe a patent not only takes five to ten years to be obtained, but also costs about 25,000 euros, and developments we do have very fast processes. There really are things that have to be applied right away, or to be applied within two years, because they have to be improved.

So really the patent process we use employs other records, which are the licenses, because that way it’s easier, faster, and cheaper. Patents are much done at the university in areas of biomedical development, dentistry, medicine… these things do a lot of patents because they are long term. Depending on the area, some are worth patenting and others are not. Software areas are usually licensed, not patented.”

“I’ve been working in research since 2011. The university has being researching since always, i.e. its foundation, doing this work at a European level. Within the group, there is usually some branch of engineers. In IRUSE, where I am, we are engineers with a graduate degree, because normally we reached the group as doctoral students. We take a doctorate in the university and then we spend more or less time as researchers. Then, you usually have a systems engineer – I have a master degree in smart-systems; there are engineers of buildings; there are mechanical engineers (this is the most commonly profile), and we have two architects working with us. Usually there are professionals who have already some expertise and for different reasons they decide to embark on research by taking a doctorate.

What matters within my group is that there are people who do a PhD and then stay for a while. On the other hand, it takes a very particular attitude. You can hire an engineer who learns in a very short time period while doing his research, or you can hire them if they are a very experienced person as a researcher for a certain time, but this is not the common practice. We like to have staff for quite some time, which is three or four years with us, to develop and to bring their network of contacts, people, projects…”

“In Spain, the picture is not as bad as it seems, because I already know people here too. Here, what works is getting to know someone who knows someone else. I was here between 2009 and 2010 and I got nothing; then I went out and right now I do know people here and I can get things here. Spanish technological research centers are quite pervasive at a European level; in fact, the Basque Country and Catalonia are those that receive more EU funding and have important centers: You have the Eurecatin Catalonia, you have Tecnalia in the Basque Country, you have centers in Valladolid… All these are quite big and important.

Here in Madrid I know there is a center that is in a European project… Although what I’ve seen so far, even if I have not gotten deeply into the picture, is that Madrid is left inside the border of funding nationwide. There are certain groups, particularly in Catalonia and the Basque Country, that they will seek funding outside. So those are the regions that receive more.”

“In Ireland there is much research, because they made their decision in the 90s: They were going to bet on technology and spend a lot of money for technological research. That changes the scenario a lot: Reaching contracts with companies is much easier and contacting with agencies is much more direct.

We have many collaborations with universities from other countries: In the group, we have very direct contact with the polytechnic delle Marche in Ancona, Italy; We have a university in Cadiz; a university in Valladolid; we have the polytechnic of Aachen, in Germany; the Trinity College in Dublin; we have had some contact with the University of Cardiff, with the Berkeley Institute (National Laboratory of the University of Berkeley) in the US… There are contacts because we work in the same area. We received many requests in the summer because they need to get some practice or complete their studies in a European doctorate and they have to do it in some English-speaking country.”

“Internationally, in my area the Asian market does not break much. They are publishing a lot, yet there is great competition for publication and that makes it a little more complicated. In technology and development it is not so that much. It also depends on where you are.

When you open calls for doctoral scholarships or jobs, there are many Asian applicants, yes. They are very good. They are super qualified people. Now we have two Indians working in the group and then two girls came; an Indian and an Iranian.

Europe does not want to be the world power in manufacturing, but in knowledge; we are still quite advanced and generate a little more knowledge that competition from Asia.”

“Regarding the impact of technology on research, I think we have become accustomed to very rapid changes over the last 20 years. I think the perception is going to be now that the changes will not go as fast, because we got used to this pace of change. The research goes far ahead of what there is in the market, 5 or 10 years at least in my area. In other areas this occurs even more, because one thing is to research and have products, and another thing is whether people will buy them, understand what they are, or if they really need them.

Although we try to use technology to solve problems that exist right now, there are things that people still don’t understand and will not want or will not be able to buy; but they will come. Technology in some aspects, such as 5G, is already fully investigated. In building systems, we are moving to levels far greater: Technology already exists to replace all these systems, radiators and appliances that are energy-intensive consuming and do not produce the necessary heat or refrigeration required. We already have the systems, but replacing them gets to be a problem because there is a cost to be assumed. By integrating technology with what was there before, you face people. It will depend on the mentality. Many changes will be arising from research. The most important are those that have to do with material and energy management.”